The muscle power of soya protein 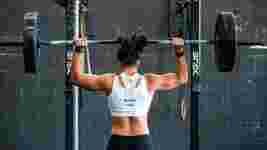 Amongst athletes there exists a common misconception that animal-based proteins, particularly whey, are more effective than soya protein at building muscle mass and strength. This speculation stems from findings of acute studies which show whey protein to stimulate muscle protein synthesis to a greater extent than plant-based proteins. However, acute differences in muscle synthesis do not reflect longer term impact on muscle strength.

A 2018 meta-analysis of nine randomised controlled trials compared the longer-term effects of soya protein versus animal-based proteins (whey, beef, milk or dairy), on muscle mass and strength in combination with resistance exercise. Data from 266 individuals were analysed. The majority were men aged between 18 to 70 years.

The researchers observed from their analysis that:

The results of this meta-analysis demonstrate that soya protein supplementation produces similar gains in strength and muscle mass compared to animal protein.

According to Mark Messina, PhD, the lead author of the study:

“Soya protein is a good option for meeting protein needs not only because of its ability to promote gains in muscle mass and strength but also because soya protein modestly lowers blood cholesterol and soya foods are environmentally friendly.”

Soya foods and soya protein are an environmentally friendly and effective plant-based option for building muscle mass and strength.