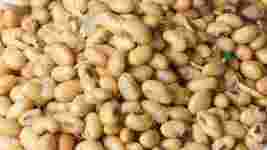 There is a significant body of evidence in favour of plant-based diets for reducing risk of cardiovascular disease (CVD). Soya foods in particular have been extensively researched and shown to have beneficial effects on heart health outcomes such as lowering cholesterol and improving endothelial function.

Read our scientific review of soya and heart health.

This Alpro Foundation supported research investigated the impact of longer-term soya nut consumption on vascular function and other cardiometabolic markers amongst older adults.

This was a randomised, controlled, single-blinded cross-over trial with 23 healthy adults between the ages of 60 and 70 years. Subjects were assigned to an intervention and control diet for a period of 16-weeks separated by an 8-week wash-out period.

Anthropometric measurements (body weight, hip and waist circumference, body fat) and fasting blood samples were collected at baseline and at weeks 8 and 16 of the intervention period. Markers of vascular function were assessed at week 16, specifically:

No significant impact was observed for arterial stiffness during this study. 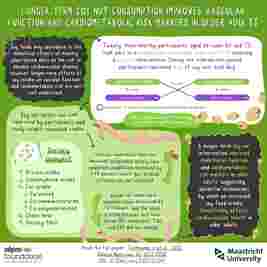 Consumption of soya nuts on a longer-term basis, as part of a healthy diet, improved endothelial function and lowered blood pressure and LDL-cholesterol. These results suggest potential mechanisms by which soya foods reduce CVD risk in older adults.

Key findings of this study – an infographic

Key findings of this study – an infographic

Infographic showing the key results from the study into the impact of longer-term soya nut consumption on vascular function and other cardiometabolic markers amongst older adults.