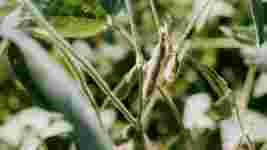 Despite these potential health benefits, some controversy remains with regard to soya isoflavones. The controversies are fuelled by findings from a number of animal studies which demonstrate a potential negative impact of isoflavones on endocrine function. These findings have not been replicated in human trials, on the contrary, human trials demonstrate a beneficial effects of consuming soya foods on health.

Endocrine disruptors are defined by the World Health Organization as(1):
“An exogenous substance or mixture that alters the function(s) of the endocrine system and consequently causes adverse effects in an intact organism, or its progeny, or (sub) populations.”

Endocrine disruptors are associated with increased risks of various diseases and developmental abnormalities.

For the last 20 years, several scientific and regulatory bodies and organisations have evaluated the safety of soya foods and isoflavones. An extensive technical review was recently carried out by Messina et al.(3)

This 63-page review included a total of 417 clinical and observational studies, systematic reviews and meta-analyses investigating the effect of soya foods or soya isoflavone supplements on human endocrine outcomes.

In the main, large cohort studies assessing the impact of soya consumption have been conducted in Asian populations. This is because soya foods are a key part of the traditional diet whilst Western diets intakes of soya foods are often insignificant. Usual daily soya isoflavone intakes in Japanese traditional diet consumers is around 30-50mg compared to <3mg in American adults. Some health-conscious groups of the Western population can have higher intakes of 21-25mg per day.(4)

The extensive review looked at the evidence for soya and isoflavones consumption on:

Additionally, the authors reviewed the evidence for the impact of maternal soya consumption on fetal development and consumption during breast feeding.

Long-term clinical trials have demonstrated that soya isoflavone intake does not negatively impact individuals with normal thyroid function. For individuals diagnosed with a thyroid disfunction (hypothyroidism or hyperthyroidism) and on the medication levothyroxine, it is advised that soya foods are consumed 30-60 mins either side of their medication. Isoflavones might interfere with the absorption of the medication which is also the case with fibre-enriched foods as well as many herbs and drugs. Therefore, any potential problem is avoided by not taking the medication at the same time soya foods are consumed.

Animal studies using high isoflavone doses began to fuel the concept of risk of feminization. This was followed by findings from a few clinical and case studies from the 2000s suggesting that soya isoflavones may lower testosterone or cause breast growth in males when consumed in high quantities. The studies often used exceptionally high isoflavone doses – often double or triple the quantity consumed through a traditional Japanese diet. One case study involved an individual consuming 360mg per day, equivalent to consuming 3.5L soya drink.

However, a 2010 meta-analysis of 15 placebo-controlled trials concluded that there are no statistically significant impacts of soya food or isoflavone consumption on male hormone levels. This study was updated in 2021 to include 41 clinical studies and the same conclusions were made.

The impact of soya consumption on both male and female fertility has also been extensively studied. Much of the concern once again stems from animal studies using high soya isoflavone doses. Observational studies looking at the association between soya consumption and male infertility or sperm production, carried out in Asian, American and UK populations, have had mixed results.

However, data from three clinical trials have shown no relationship between soya isoflavone intake and sperm count or motility.

Additionally, two large cohort studies in Western populations have shown no significant association between soya intake and female infertility. On the contrary, a US study including 18,555 women found that replacing animal-based protein with plant-based protein reduced ovulatory infertility. A higher soya isoflavone intake (up to 30mg per day – equivalent to 300ml soya drink or 50g tofu) has been positively associated with live birth rates in women undergoing fertility treatment.

In 2009, Hooper et al. carried out a systematic review and meta-analysis of clinical studies looking at the impact of soya foods, protein and isoflavone supplementation on reproductive hormones in women.

They found no statistically significant association between soya intake and oestrogen levels in pre- or post-menopausal women. Observational and clinical studies have shown a small but significant increase in menstrual cycle length in women with high soya intakes, although still well within the normal cycle length range. Clinical research is limited but the limited data available suggests there is no impact of soya consumption on pregnancy related outcomes.

Once again, concerns over soya and soya isoflavone intakes and risk of breast cancer stemmed from findings undertaken in rats fed high doses of isoflavones in the 1990s. The difference in isoflavone metabolism between rats and humans can partly explain why clinical studies have failed to replicate such findings in humans. Additionally, the similarity between the chemical structure of isoflavones and human oestrogen are often cited as reasons for concern.

Extensive clinical evidence has demonstrated that soya foods and drinks do not place women at higher risk of breast cancer. Large cohort studies have shown no correlation between soya food and drink consumption and breast cancer risk or recurrence. Intervention studies have also demonstrated no increase in breast tissue density or breast cell proliferation (markers of breast cancer). Cancer specialised organisations have agreed that findings from animal studies investigating the impact of isoflavones cannot be extrapolated to humans.This conclusion has also been made by large research organisations such as the American Institute of Cancer Research & the World Cancer Research Fund, who advise women that consuming 1-2 servings of soya foods or drinks as part of a healthy balanced diet does not pose any risk.(5)

Epidemiological studies have consistently demonstrated no association between soya intake and endometriosis.

There is a worldwide trend towards earlier menarche (onset of menstruation) in both high and low soya consuming countries. Overall, the limited evidence for soya intake and puberty onset demonstrates no statistically significant impact.

In Asian populations it is common practice to consume soya throughout pregnancy and when breastfeeding. Although there is evidence that soya consumption increases its exposure in the uterus, the researchers conclude that the levels are too low to have any impact on foetal development. Maternal soya consumption has been shown to increase breastmilk isoflavone concentrations in a dose-response fashion. However, this is a relatively low concentration which indicates that breastfed infants are unlikely to be affected.

Following this extensive review, the authors conclude that the evidence does not support the argument to classify soya foods or isoflavones as endocrine disruptors. This is especially the case when soya foods are consumed as part of a balanced diet.

Soya foods get the all the clear for breast cancer