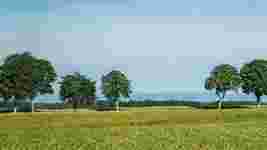 With climate change now firmly on the political agenda of many countries, the Netherlands is adding another issue to its agenda: the Nitrogen crisis.

While reactive Nitrogen is naturally present at low levels and is essential to life, human activities, mainly from agricultural activities, have led to a surplus in the environment. This negatively impacts water and air quality, promotes soil degradation and contributes to climate change as well as significant loss of biodiversity.

This in-depth and fully referenced  report, by two environmental experts, Professor Harry Aiking (VU University Amsterdam) and Professor Jan Willem Erisman (Leiden University), summarizes the current literature surrounding the Nitrogen crisis. They explain the impact on both the environment and human health and emphasize the role of changing dietary patterns and sustainable farming as part of the solution.

The role of agriculture in the nitrogen crisis

The role of plant-based diets and sustainable farming

There are two ways we, as individuals, can positively help to re-balance the reactive Nitrogen levels in our environment:

Such a nutrition transition would not only help reduce reactive Nitrogen levels, but would also reduce greenhouse gas emissions (GHGe) which contribute to climate change. In addition, it would reduce the pressure on valuable natural resources, such as fresh water and land use. Last but not least, it would benefit human health!

It is paramount that we establish the required sense of urgency regarding the Nitrogen crisis, especially among governments worldwide, to prevent further environmental pollution and biodiversity loss.

Two environmental experts, Professor Harry Aiking and Professor Jan Willem Erisman, summarize the current literature surrounding the Nitrogen crisis. They explain the impact on the environment and human health, and emphasize the role of changing dietary patterns and sustainable farming as part of the solution.