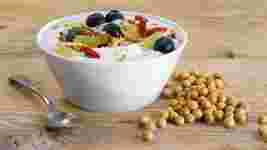 The most recent meta-analysis to date has confirmed that a daily consumption of 25g soya protein could result in a modest but significant reduction in total and low-density lipoprotein (LDL) cholesterol – beyond the effect seen from the displacement of saturated fat intake.

The authors undertook the analysis on 46 randomised-controlled studies selected by the American health claims authority (Food and Drug Administration – FDA) for their review of the currently approved soya health claim.

The study also confirmed this effect to be intrinsic and further reductions could be gained if the soya food consumed displaced higher saturated fat foods in the diet. The study did not identify a dose-dependent response, and the authors noted that eight of the studies used less than 25g soya protein which, could indicate that quantities below 25g soya protein could be as effective.

This study concurs with previous meta-analysis, that soya protein reduces cholesterol levels beyond the effect of displacing saturated fat in the diet: an additional 2.8% reduction in total and 3.2% LDL-cholesterol.